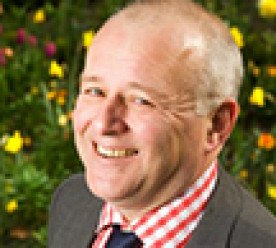 Companies are not prepared for the social media revolution, says Peter Truesdale

As I write, Goldman Sachs has just orchestrated a $500m investment in Facebook. The deal values the company at $50 billion. I am a fuddy-duddy. I thought Facebook was a passing fad that my numerous godchildren would soon tire of. Goldman shows me I was wrong.

It’s not just Goldman. Our social media section illustrates a communication revolution that most company corporate citizenship functions are not ready for.

Speed: Social media is fast. The NSPCC fundraising just happened, when a fun idea went viral. The anti tax avoidance shop sit-ins were effective because the organisers used the speed and anonymity of the web.

Unpredictability: Social media shortens the response time available to those under attack, every attack is a blitzkrieg.

Information-thirst: The checkitmobile GmbH story shows how social media has boosted consumer and citizen desire for information without regard for its provenance.

Cheapness: Social media is not expensive. Imagine the expense that would have been necessary to organise the shop protests back when posters, letters and writing to the papers were the weapons of choice.

There are exceptions. First of all, congratulations to Virgin Media for its digital approach to sustainability reporting. Other leaders include Coca-Cola. Coke adopted a fan site[1] set up by two geeky Coke drinkers. It has a front page link to Coke’s own Live Positively site. Apparently 21,628,355 people like the site. It’s a racing certainty that that is more than read the average CSR report! Chase has engaged social media users to determine $5m of its community giving.[2] 2,490,086 people ‘like’ the site. Walmart blogs on Treehugger.com.[3] Jeff Swartz, CEO of Timberland, has used his blog to show how he met the challenge of a Greenpeace anti-Timberland campaign.[4] These are exceptions not the rule.

What should companies, and in particular corporate citizenship functions, be doing? Here are five steps.

Change your thinking: Social media weakens the power of all authorities, including companies. Companies need to internalise this if they are to tackle social media properly.

Junk old command structures: The days of long internal debates about how to respond to external criticism are gone. Empower your front-line people to respond instantaneously.

Audit engagement: Look at how the company is already using social media. Are all the channels being used? Is messaging co-ordinated? Is the messaging managed? Is the reach comparable to that of Coke or Chase?

Prepare for the unexpected: Most companies spend half a day a year practising emergency response to a factory blowing up or a product recall. How about practising response to a social-media based NGO attack on the company and the brand?

All this is not rocket science. It does require change.

Peter Truesdale is an associate director with Corporate Citizenship and has wide ranging experience in public and community affairs. He joined the company in 1999 after nearly 20 years in HR and Public Affairs functions at Esso. Peter has worked with a variety of clients from fast moving consumer goods companies such as Unilever, to construction companies as Laing O’Rourke. He specialises in reporting, report assurance and external standards. Peter is active in the community as a member of the Lambeth Council and a member of the Board of the London Development Agency.