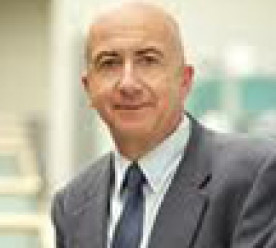 Posted in: Analysis/Comment, Community, Speaking Out

What will Corporate Responsibility be like by the time of the 200th edition of Briefing? What could it be like? Certainly, it will be shaped much more by companies from the global “South”; by more disparate stakeholders of business; by a much closer integration with sustainability practice; and probably also by a backlash to rampant, unbridled capitalism and excessive consumerism.

Just increasing the quality and extent of Corporate Responsibility at current speeds is not going to work: the world will be over-taken by a range of critical problems such as Climate Change, food scarcity, and population growth, worldwide terror based on religion, unsustainable production & consumption, and water wars.

We already know much of what is required of companies in order properly to embed Corporate Responsibility. A McKinsey survey (1) published in July 2007 identified what a group of global CEOs believed they need to do, in order to embed responsible business practice. If Corporate Responsibility is built-in to business purpose and strategy rather than just a bolt-on to business operations, it is also more likely that a business will be able to shift from risk minimisation to opportunity maximisation. The more businesses can find profitable solutions to social and environmental problems, the more CR will become simply “the way we do business round here,” and become more sustainable – commercially as well as environmentally.

It also includes reporting frameworks for CR; awards and benchmarking; serious media discussion of the issues of business in society; and ngos tracking and campaigning on corporate behaviour.

There would be more business-led or multi-stakeholder CR coalitions supporting businesses. On a conservative estimate, there are at least 100 such national business-led coalitionsi. This figure probably rises to several hundred if the sectoral, subject-specific and international coalitions are included as well.

The distinctive features of these coalitions are:

These coalitions already play a variety of different roles (4) – see below.

Other elements of the enabling environment include Governments using what the Americans call their “bully pulpit” to promote CR. In some jurisdictions, it might also be appropriate that they also adopt pro-CR policies, tax incentives and guidelines for CR.

The effective enabling environment is also one where there is an institutional capacity to identify, disseminate, encourage experimentation and then apply broadscale: I.D.E.A. There is an openness and receptivity for what the UK Prime Minister’s Council on Social Action calls “collaborative action” across sectors. Corporate Responsibility is also on the agenda of trade unions, think tanks and consumer associations.

How important each of these elements are in a particular country, will be a mixture of each player’s activities and how powerful that actor is. A good enabling environment in country A may not be a good enabling environment in country B because of very different power structures in different countries. A 2007 study by the Bertelsmann Foundation from Germany explored the state of play for encouraging CR in a range of mature and developing economies (5).

How can the enabling environment for CR be accelerated across the world? Some of the global companies which operate in many different markets might support the spread of expertise amongst business-led Corporate Responsibility coalitions. They might also help build links between Institutes of Business Ethics around the world or amongst other specific forms of CR infrastructure such as the benchmarking indices or CR awards schemes. Global foundations need to be encouraged to support capacity-building amongst the academic centres studying the enabling environment such as the Center for Corporate Citizenship at Boston College, the CSR Initiative of the Kennedy School of Government at Harvard, and the Doughty Centre for Corporate Responsibility. (Here I must declare an interest as a visiting fellow with the CSR initiative and director of the Doughty Centre!).

Many more businesses embedding Corporate Responsibility would exert massive peer group pressure on laggards to conform. It would also open up the tantalising potential of a virtuous vortex which also leads to improving public governance.

The Davos World Economic Forum (WEF) has recently looked (6) at the role of businesses in improving governance including the business case arguments for doing so. WEF identified three sets of circumstances:

A) Bad Governance is characterized by deep flaws in the domestic enabling environment, such as corrupt institutions, ineffective or discriminatory laws or regulations, the presence of civil conflict or other security threats, gross human rights violations, etc.

B) Weak governance is characterized by insufficient institutional capacity and/or political will resulting in government’s failure to implement or enforce domestic laws or international obligations, deliver basic public goods and systems, or plan for and respond adequately to natural disasters, health pandemics and humanitarian crises.

C) Underdeveloped global governance is characterized by a lack of rules or institutional capacity at the multilateral or global level necessary to create a level playing field or greater certainty regarding issues that have an important bearing on commercial and investment decisions across national borders (e.g. labour, environment, product safety or technical standards, etc.).

The business leaders who signed the Davos report argued that:
“Each of these types of governance deficits interferes to one degree or another with economic development and social and environmental progress.”

They go on to list a range of examples of where business has already formed a variety of initiatives with governments, international institutions, ngos and other businesses in order to address instances of bad or weak governance, or underdeveloped global governance. These include the Kimberley Process, the Extractive Industries Transparency Initiative and the Forest and Marine Stewardship Councils.

There are echoes here with the 2007 report, “Tomorrow’s Global Company: Challenges and Choices,”(7) which suggested that one key role now for Global Companies is setting standards. Standards may be at the level of the individual firm; they may also be voluntary, industry-wide agreements or the fore-runner of mandatory national or international standards.

Prof Atle Midttun from the Norwegian School of Management has argued (8) that individual companies adopting CR may be self-regulators and where a group of companies together adopt higher standards of ethical, environmental and / or social performance, they are co-regulating.

Middtun further suggests that putting some kind of democratic framework around these voluntary company commitments may also be one of the ways of addressing some of the current criticisms of CR as being either undemocratic or anti-competitive.

The Extractive Industries Transparency Initiative is a good example of this process. The EITI began after BP tried and failed to publicise the royalty payments it was making to the Angolan Government. With the help of the British Government and subsequently of several other governments, BP has persuaded other energy companies to increase transparency and publish what they pay. Several governments have now endorsed and put their weight behind the EITI. Similarly, by helping to fund the secretariat of the Carbon Disclosure Project, governments are endorsing this voluntary initiative to get the world’s largest companies to state whether they have carbon reduction strategies in place. Individual governments could have passed laws requiring companies in their jurisdictions to answer questions about carbon reduction strategies. In practice, the Carbon Disclosure Project – endorsed by nearly 400 of the world’s largest institutional investors, representing more than $57 trillion of funds – probably has more sway than most governments (9).

Dr Simon Zadek: CEO of the think-tank and campaigning organisation: Acountability has argued that new forms of “partnered governance” between governments, businesses and ngos may be emerging.(10)

One growing area for partnered or collaborative governance initiatives and voluntary CR practices is likely to be in the area of business and human rights, following on from the report from Prof John Ruggie from the Kennedy School of Government whose UN mandate was extended for a further three years until 2011 by the UN Human Rights Council meeting in Geneva (June 2008).

Such partnered or collaborative governance models should more easily attract government endorsement and democratic legitimacy where they are the product of work led by on-going business-led CR coalitions rather than from one-off, ad-hoc business groupings.

Businesses and markets do not offer all the answers to global challenges – but the greater role that business now plays around the world means that without Corporate Responsibility being practiced on a far greater scale, humankind has little hope of addressing the global challenges fast enough or effectively enough.

Readers interested in exploring these issues further, may be interested in a seminar which the Cranfield School of Management is organising in Spring 2009 on Corporate Responsibility and its role as a precursor to, alternative for regulation – or aid to smarter regulation.

The CSR Initiative of the Kennedy School of Government , Harvard and the Doughty Centre for Corporate Responsibility, Cranfield will be publishing a joint paper in 2009 on strengthening the roles of the business-led CR coalitions around the world.

(2) the term the enabling environment for CR has been widely promoted by Jane Nelson – both through the International Business Leaders Forum and more recently through the CSR Initiative of the Kennedy School of Government, Harvard.

(3) from BUSINESS-LED CORPORATE RESPONSIBILITY COALITIONS: Learning from the example of Business in the Community in the UK – An Insider’s Perspective – Grayson, David (2007), CSR Initiative of Kennedy School of Government, Harvard and Doughty Centre for Corporate Responsibility

(5) The CSR Navigator – Public policies in Africa, the Americas, Asia and Europe

David Grayson is a contributing editor to CCB. He is professor of Corporate Responsibility and director of the Doughty Centre at Cranfield University. He has been involved in public-private-community partnerships for almost 30 years and currently chairs the social enterprise Housing 21. www.davidgrayson.net