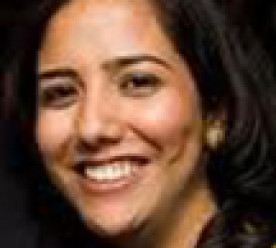 Posted in: Community, Employees, Speaking Out

What does Novo Nordisk’s commitment mean in practice? How can you show that you care about global issues whilst continuing to focus on commercial viability?

Linking Millennium Development Goal Three: the commitment to empower women and promote gender equality, with its business operations clearly makes good business sense for Novo Nordisk. The company can have the most impact here – specifically in improving the situation for women living with diabetes in the developing world. We mustn’t however forget the other seven goals – there are eight in total.

The responsibility of laying the foundations for long-term economic growth has to ultimately rest at governmental level, although businesses can create the employment, the markets and the value-added goods and services that allow developing countries to benefit from economic globalization. As employers in the developing world, businesses have the ability to facilitate the growth of healthy communities, encourage education and nurture skills development. This ultimately results in benefits for the company.

As 2008 marks the half way point to achieving the MDGs, it seems as though many governments are waking up to the fact that there is much that still remains to be done if the targets are to be met. The UK’s equivalent Call to Action earlier this year launched by both Prime Minister Gordon Brown and UN Secretary General Ban-Ki Moon, resulted in 62 Chief Executives from global companies such as Cadbury’s, Google and Tata pledging their support to the goals’ objectives.

Following September’s high level meeting in New York, the UN needs to hold all those that pledge their name to achieving the MDGs to account. Key questions must now be answered – What does this commitment mean in practice? How can you show that you care about global issues whilst continuing to focus on commercial viability? How can you demonstrate your commitment when your business is so far removed from the eight objectives set? Only by working through these issues can governments, businesses and NGOs work together to make sure that the next six years really do count.

Deepa specialises in corporate community investment and research. She has led work with clients including Deloitte & Touche, BP and the Nationwide Foundation where projects have ranged from evaluating Charity of the Year schemes and carrying out community consultation, research and evaluation. Previously, Deepa worked for FTSE’s Responsible Investment Team, specifically engaging Spanish companies on the FTSE4Good Index Series, a business advisory company providing strategic growth advice to companies in the “green” business space and has also managed a property maintenance company. Deepa has extensive experience in the not-for-profit sector and has held campaigns and policy positions at Amnesty International UK and Save the Children Fund. Deepa graduated with a Politics & Spanish degree from Sussex University and also holds an MSc in Latin American Politics.