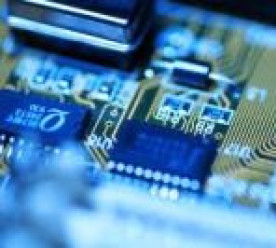 Dell, the global computer manufacturer, has become the first computer company to join The Climate Group – the organisation that presses government and business reform with regard to climate change.

Dell’s climate change strategy takes into account the environmental impacts of its supplier operations, company-owned and leased operations as well as customer product use and has pledged to reduce its carbon intensity by 15% by 2012. It has further undertaken to make all its company facilities, manufacturing and business air travel carbon neutral by the beginning of this year. It was also the first IT company to join the Carbon Disclosure Project’s Supply Chain Leadership Collaboration.

The strongest driver for technology companies to implement environmental initiatives is economic according to a new report from PricewaterhouseCoopers. Technology Executive Connections: Going Green: Sustainable Growth Strategies, published in February, explores the key drivers for environmental change within the technology industry as well as the effect these initiatives have on the value-chain, regulation and opportunities for expansion.

The research found that 40% of technology executives think that the environmental movement has created market opportunities for their companies – they cite consumer demand for green products and services as one of the drivers for this. The report also found that 60% of respondents stated that energy saving was an important factor that they took into account when developing an environmental strategy for their business.

Another interesting aspect of the research was the finding that the effect of growing environmental awareness on hardware manufacturers compared to software companies varies – 60% of manufacturers are developing green products and services with only 33% of software companies doing so. However, it points out that there are many opportunities for software and service-orientated technology companies to develop this side of their business.

Vodafone won the Best Report 2007 category at the CR Reporting Awards 2007, organised by Corporate Register. The mobile communications group announced on March 4 that it had won the award for its Group Corporate Responsibility Report 2007. The winners were selected by users of CorporateRegister.com, an online directory of corporate non-financial reports, among 300 entries from European and global companies. Vodafone has operations in 25 countries with around 200m customers.

The Vodafone Group Foundation pledged to improve communications during humanitarian crises on February 13.

Vodafone Group Foundation and United Nations Foundation Technology Partnership announced a global affiliation and joined the UN World Food Programme. With a $4.3m commitment from the two organisations, better telecommunications will be fundamental in helping aircraft and medical teams, and assisting food aid convoys. The partnership’s principle aim will be to standardise ICT solutions used by global aid organisations, thereby improving the speed at which networks can be established in the aftermath of a disaster. Other plans include increasing numbers of trained ICT experts on WFP, UN and NGO staff and supporting the immediate deployment of rapid response ICT teams.